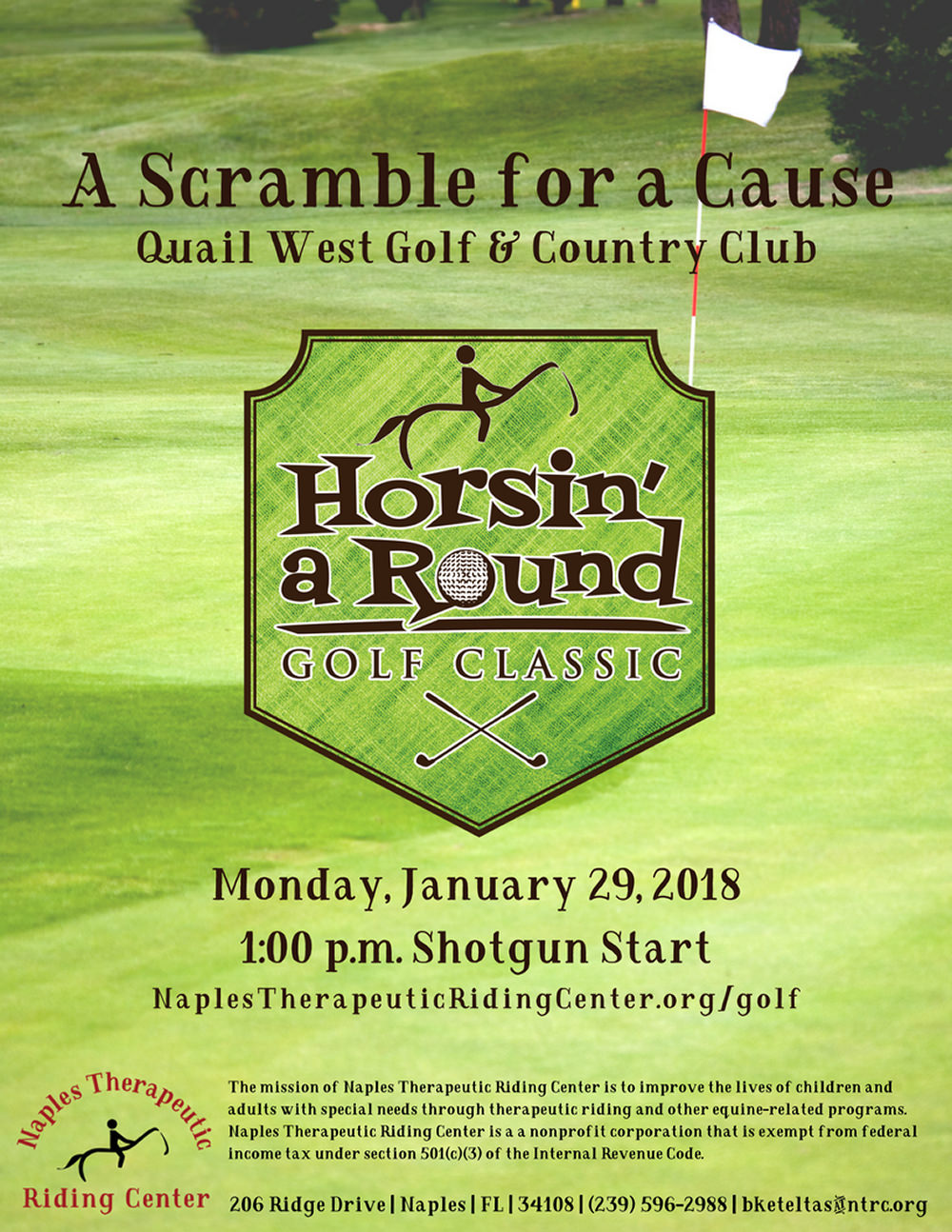 Horsin’ A Round Golf Classic A Swinging Success

“Naples is the home of many charity golf tournaments. Thanks to the hard work and dedication of the volunteer committee, so far, the tournament has exceeded our goals and expectations, financially and in meeting so many new supporters of NTRC. With so many competing charity tournaments, we are thrilled with the support NTRC received in this inaugural event,” commented Missy Saracino Lamont, Executive Director of Naples Therapeutic Riding Center.

Tournament golfers competed in longest putt, longest drive, and closest to the hole challenges throughout the afternoon. The hole in one challenge featured an all expense trip for two to the Masters.

“We’re looking forward to next year’s tournament. The feedback on the event left us certain that we’ll be horsin’ a round of golf again, next Spring. Quail West served as a terrific host, and all of the golfers were delighted to play there,” said Sis Van Dorn, committee member.